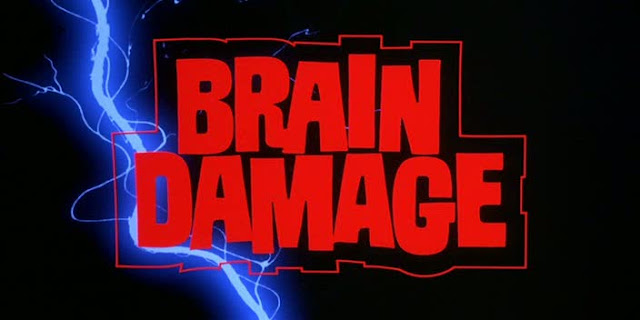 The 1980's were an amazing era for the horror film genre. New innovations were introduced and pre-existing troupes received an extreme makeover. Splatter F/X reached new boundaries, seemingly with each new release. It most have been a very competitive atmosphere, in which both filmmakers and practical effects artists sought to one up each other. All the great directors were near or reaching their prime and new artists exploded across the screen. One major development in the film business that opened up new doors to the bizarre was the advent of home video. With VHS, all sorts or crazy and disgusting ideas had a low-budget avenue for expression.

Director Frank Henenlotter holds a special place in the b-movie splatter genre. A truly underground artist with an uncompromising vision. You can't get any more un-commercial than films like Basket Case and Frankenhooker. The guy is just sick in the best way possible. Henenlotter is a filmmaker whose work is distinctly tied to the gritty 1980's atmosphere of New York City; a perfect setting for the utterly insane and dark themes he conjures up. His twisted visions of deformity found the perfect creative marriage with prosthetic artist Gabe Bartalos, who serves as a long-term collaborator.

The film opens in a dingy apartment of an old couple who had been keeping Alymer, voiced by John Zacherle, as some sort of family pet. They kept the creature alive in a bathtub, feeding it a steady supply of brain matter, safely isolated from the outside world. The old bats seriously lose their shit when the sneaky Aylmer is not where he's supposed to be. The slug escaped to find a new, more exciting host - a twenty-something named Brian, played by Rick Hearst, who lives in the same apartment building with his brother. Alymer latches onto Brian's neck and ejects a hallucinogenic blue fluid that seeps directly up into his brain tissue. This super-high allows Alymer to gain functional control and use Brian to seek out victims on the outside. The freaky little slug was sick and tired of being confided to a bathtub. Who can blame him, with all that living human brain food running the New York City streets? The absolute mania the geezers went into, including a mouth-foaming seizer, is explainable as a heavy-duty detox off the blue junk. Their life of blissful narcotic high came crashing down into painful, strung out fiending. This is a foreshadowing of the comedown from the clouds of ecstasy that Alymer's fluid provides. The film having been made in 1988, during the height of the crack-epidemic probably had some influence.

Brain Damage makes explicit analogies to drug abuse and the effects upon the human mind. The Aylmer slug creature feeds Brain the drugs, enslaving him to a merry-go-round of highs and tortuous withdrawals. The witty phallic symbol, forming a co-dependent relationship with Brain. The basis of the relationship is driven by Aylmer's insatiable hunger for human brains. Aylmer is very sophisticated manipulator who dangles his orgasmic drug serum in front of poor Brian like a carrot. And the more Brian gets off on the juice, the greater his mental fissure with reality becomes. 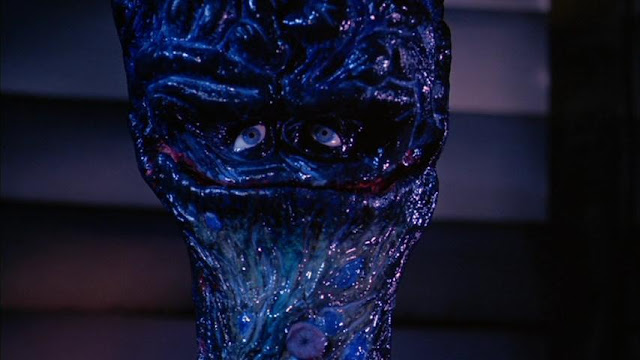 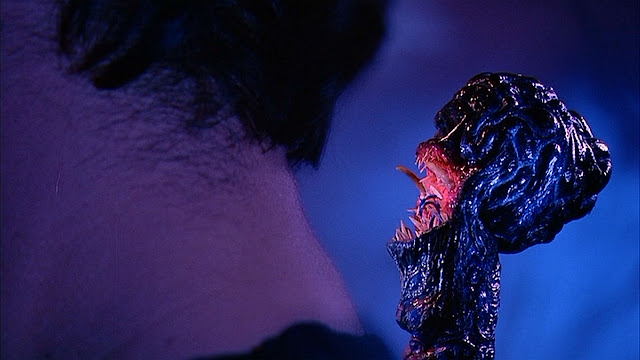 No one won any acting awards for their performances but the over-the-top campiness serve this film well. Hearst actually does pretty well at channeling a burned out tripper who’s lost touch with reality. I laughed a dozen times at the hilarity of Brian's trips, as he rants about colors and lights. "I can touch an object and listen to the sound of it's color." 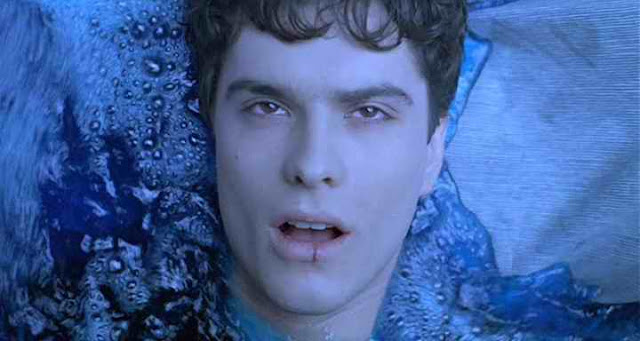 From there on out, it's a catalogue of Brian's total deterioration into addiction, prowling through the night adding to a mounting body count.

Throughout Brian's dark descent into murder and insanity, his brother Mike and girlfriend Barbara try their best to figure out what the hell is wrong with him but they only succeed in having an affair with each other instead. In the end, as with all addictions, Brian takes one too many brain frying trips. I think it's safe to say his story ends unhappily ever after.

The practical F/X on a shoestring budget, as perviously mentioned are very impressive and inventive. The films brilliance resides in it's visual spectacle and ludicrous humor. The kills are all gorily satisfying, with Alymer burrowing straight into the heads of his victims, sucking down the brains inside. I won't even mention the most memorable kill, as it even made me blush. 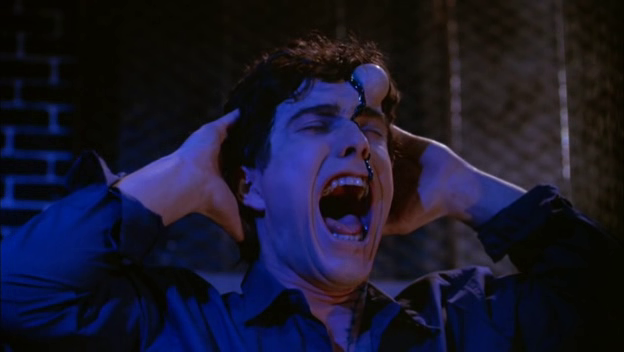 A great B-movie should have a totally outrageous story with a satirical social commentary just beneath the surface. Brain Damage delivers on all fronts there. A great blend of humor and surreality but with a human interest and desperation built into it. The film does a great job of weaving through the trashy alleys and seedy nightclubs of New York City. There's a gritty, street feel that defines the Henenlotter mood. (You can almost smell the sewers and subways.) Tons of gore, and tons of laughs. This is a filmmaker who has always understood his role as a provocative entertainer.


"I never felt that I made ‘horror films’, he has said. "I always felt that I made exploitation films. Exploitation films have an attitude more than anything – an attitude that you don’t find with mainstream Hollywood productions. They’re a little ruder, a little raunchier, they deal with material people don’t usually touch on, whether it’s sex or drugs or rock and roll."

A true underground 80's cult-classic that is worth repeated viewings, just as entertaining and shocking  today as it must have been 25 years ago. Definitely seek out the unrated director's cut that made it to DVD through Synapse Films. I found my copy at a hole-in-the-wall horror convention. 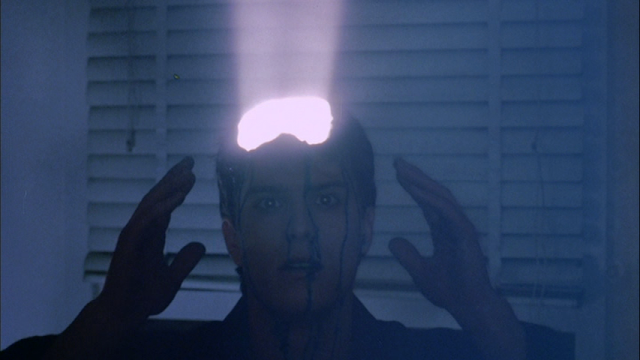 It's also worth noting the chilling score provided by Matthias Donnelly, Clutch Reiser and Gus Russo.