POETRY MAGICK: This Place is Haunted 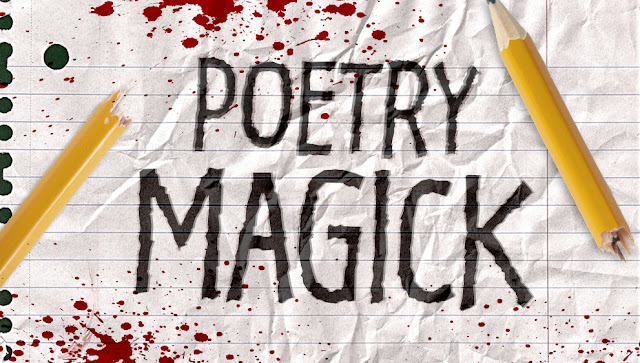 This Place is Haunted

This place is haunted. Deep into the dirt, age-old blood has seeped. Incomprehensible torture has happened here – on these grounds. Merciless pain, inflicted over hundreds of years, still lives in the roots just below. All along the back roads and up and down the main streets, I can hear the voices of the dead. They are restless, our dead. Intent on making their presence felt. You don’t have to go to the woods or desolate places to hear them. If you know how to properly listen. Our cemeteries are isolated and fenced in with intent. That’s not where you’ll find them. They want to go where the people go – it’s there they can be whispered to. Where the living can fall under their subtle influences. Because ancestors of evil must know their names. 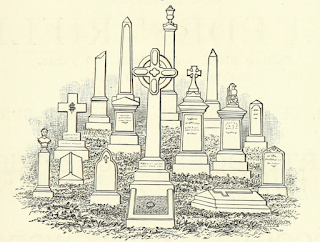 The truth of our land is clearly on display. Torn flesh and bleeding eyes, the masses swim in pools of carnage. Lap after lap, lady death has her way. We see it on the news as madness, possession and a lone man with a gun. Never a probing story that brings forth the wicked web. Illumination, forever hidden by obstructions of our own design.

Being born on paranormal ground is quite an odd thing, when no one tells you about the ghosts. We first encounter pleasant, funny things like fairies and forget all about them. We tell our children sweet stories and lullabies. Failing to recognize that the ground is alive with spirits, we ignore the stories they have to tell. One way or the other, they’ll let us know why they’re there. Serious adults though, don’t listen to such things. And the resentments of the wraiths grow.

Unconsciously, we walk all over their memories and spit down on their knees. Scoffing with contempt and dismissal, we say, “forget the dead!” When you’ve hurt like they’ve hurt and died like they’ve died; well, you damn well don’t want to be forgotten. And so they haunt and spook as the disincarnate can only do. Unleashing floods of fury here and there, across time and space. Jolting and provoking, they work full of hate.

Death reverberations rumble through our canyons and our hills. Our suburbs and our inner cities, our houses by the lakes. Vibratory forces build and build. With no place to go, the dark energies soar and spray, infecting unsuspecting little lives with fear and rage. Past madness settles down everyday to make new butchers, new killers, new rapists that want to play.  Everything that is old only seems new today.

It’s an old nightmare that we’ve woken to, a nightmare that’s been made. A nation can have nightmares too, with so much destruction and impurity on the brain. But the nightmare only shows in the cracks that appear at the seams of an otherwise dancing daydream. Appear they shall, begging for our attention, again and again at an increasing rate. For the dead want their day, their day of reckoning. How do you like to be ignored? Or even worse, defaced. A specter hides in the corner of every Town Hall and every public place. Retracing the blood patterns that stay stuck. Your hair that stands inexplicably on end is their way of saying, “beware ye children of doom, your time comes up too and soon.”

If you pay close attention, it’s obvious what they want. They’re after our awareness, our recognition and despair. To put two and two together, adding up the monumental scale. All the devils among them will take their dues until they’re done. The problem remains, there’s so many of them and always another one.

Our sleepwalking is the slight they can’t take. Bash us upon the collective head they must and rub our nose against the rotting corpse. Shockwaves move through the system like mice scattering in a house. They’re only trying to wake us and show us a way out.

Yes, this land is haunted in a way that is profound. Outlines of the dead make so many pulsing ley lines. A simple crack that you step on can land you dead. Maybe if you’re lucky, the reaper’s hand will miss you as you drift on by. If that be so, perhaps you should start to think, the next time you hear their call, about answering them in your own soft way. Pay them a tribute, sing them a song, or send them a prayer. But most importantly, don’t forget to ask if they might forgive our debt. When they are finally at peace they will move on into the greater sleep. Only when that day comes can we shut our eyes at night and be in the dark without wondering what thing may come creeping to the edge of the bed, asking for something to eat.