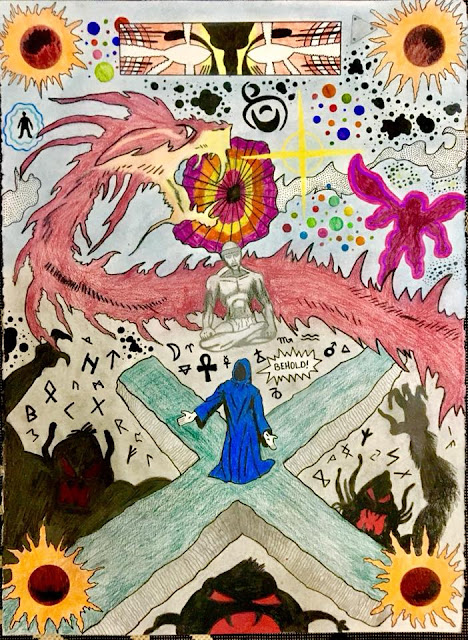 Like most of these pieces in this series, I design the composition using elements from comics that I'm reading or inspired by at the time. The past few months when I haven't been reading the Poetic Edda or the Nag Hammadi Scriptures, I have been blasting through old Doctor Strange and Son of Satan comics from the 70's.

There's two specific collections of each that Marvel released last year. A Separate Reality,
traces Doctor Strange in a pivotal era of psychedelic and occult exploration from 1969 through 1974. Mostly written by Steve Englehart, the latter half of the collection features the defining artwork of Frank Brunner. In the category of fantasy and trippy acid infused psychedelic art, Frank Brunner is among a handful of my favorites. I think this compilation represents the best of the Doctor Strange character, supporting cast and storylines.

The collection of Son of Satan is simply titled, Classic. Some of the main features I placed in this drawing came from elements of those comics. Although the art in general is not as stellar as the Brunner stuff, it has its moments and the dark occult stories make it a must have on my shelf. Taken together, it goes to show how strong the influence of and interest in magic and mysticism was in that decade. Many of the people I've interviewed on this blog were products of the 70s and I'm always interested in reading about reflections of their lived impressions of that time period.

Aside from that, you'll notice my use of runic symbols and other magical or astronomical items in this drawing since I've been immersed in them personally from a practice basis for many months now.

As I mentioned about reading the Gnostic Nag Hammadi texts, the idea of visualizing those black monsters at the bottom of the page as nasty Archons of various worlds helped me title the work. I've been wondering lately how different the flawed creator gods are from demonic forces in terms of ability and power. The main difference may be that demons don't suffer the illusion that they're at the top of the spiritual pyramid, or that they're in fact righteous beings. There are many other distinctions that I need to explore deeper in my ongoing research, specifically into the gnostic cosmology.

The little meditating dude in the middle of the chaotic forces is you and me, or any of us finite humans that can only try to hold our grounds in a universe of competing polarities. With so much out of our hands in the big cosmic picture, my only hope is to find some space for center so as not to get ripped in half by the waves. 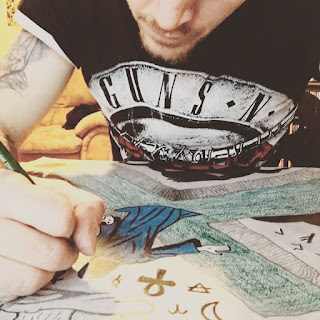 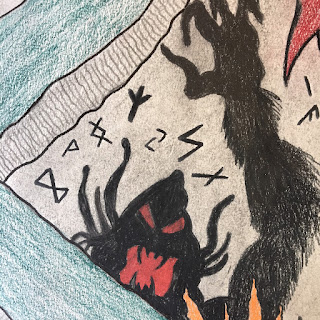 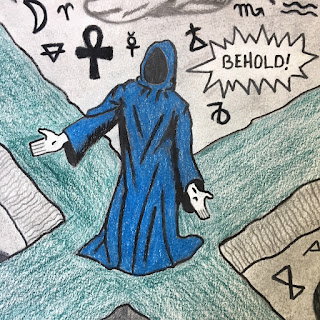 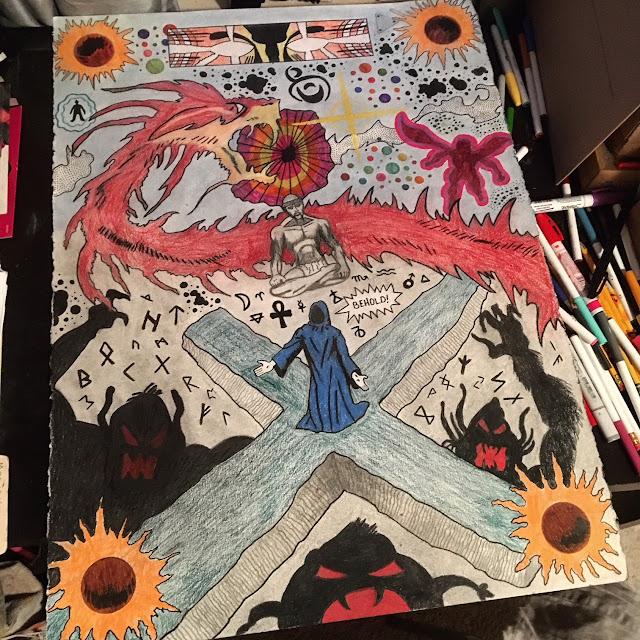 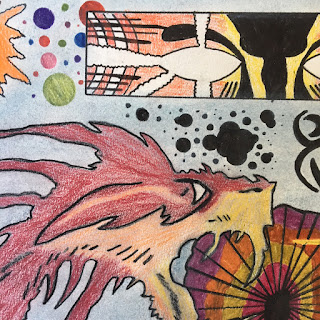 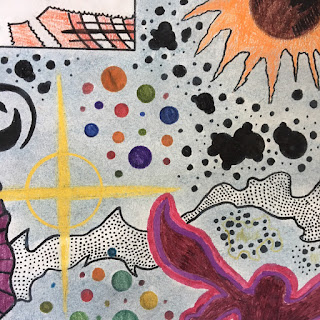