Over the past few weeks I had the opportunity to listen to a few long radio installments of FADE TO BLACK, hosted by Jimmy Church. The show dedicated a string of nightly programs to the Secret Space Program and Breakaway Civilization theories. Two episodes I recommend feature interviews with a couple of my favorite research personalities, Richard Dolan and Joseph P. Farrell.

Anyone who has been interested in the field of extraterrestrial life, making alien contact or the history of UFO sightings from earth and space, only needs a couple of years of study to pin down the major recorded story lines.  After awhile, the same old topics represent themselves again and again. Roswell. Kenneth Arnold. Betty and Barney Hill. MJ-12. Rendlesham Forest. All interesting in their own right. But the "facts" and players involved are frozen in time for the most part. The same stories rehashed again and again.

The Breakaway Civilization theory on the other hand strikes me as incredibly vital and fresh. It's still a story in development, plenty left to figure out and discover. Lots of room for speculation and open-ended mystery. Something as big as a Secret Space Program would necessarily bring to bare all the well-known happenings of UFOlogy lore into one sweeping narrative. For my money, this is the most interesting development in the field since I've been looking into the subject.

To my mind, Richard Dolan is the definitive source on this topic. I find his speculations to be really well put together for both the insider and outsider of UFOlogy. He is very sober in his analysis and I really appreciate how guarded he remains on issues that can't be proven yet. Dolan tells you when an idea is without solid corroboration but that doesn't prevent him from throwing it out there for sake of conversation. The key thing is that he's always clear about when he is speaking on a topic he can tie to good evidence and when he's spit-balling. If you listen to his complete interview on FADE, he's not afraid to call B.S. on the weak theories that (because of the attention they receive), make anyone who has an interest in alien life look like a quack. Dolan brings respect to us and is one of our best public voices and credible sources of info. In regards to the Breakaway Civilization concept, he is up-front that he and others are developing a "working theory". Admittedly, there's no hard evidence yet, but dammit if it's not hyper-fascinating to think about.

It's been a little while since a UFO presentation really grabbed my attention and got me excited the way these SSP episodes did. I was thoroughly entertained and impressed with the level of depth the conversations brought forth. I would be remiss not to give praise to Farrell's contributions as well. His body of work has touched on a number of areas within the alternative history category, most notably in regards to the Nazi International concept. If indeed there does exist a "4th Reich", they most certainly would be at the forefront of secret space military operations. His interview with Church is equally as fascinating as Dolan's, even though the advanced physics elements have me grasping to follow along at times. While there is cross-over in their presentations, Farrell has his own unique positions and points of research that are really fun to consider. His knowledge of the sequence of events that led Nazi technology to be funneled directly into the early development of our space program opens up plenty of interesting questions.

We're still trying to figure out exactly what the Nazis had, specifically by wars end that the United States potentially put to use during the Cold War. An excellent in-depth study of the US/Nazi military and science research program can be found in Operation Paperclip, by Annie Jacobson. There are a lot of books on Paperclip, but I enthusiastically recommend the fairly new Jacobson work, as it does little speculating, but instead relies heavily on FOIA documents and witness testimonies from the period. There's nothing from Paperclip explicitly pointing to a Secret Space Program, but the provable lengths the United States have taken to cover up and hide extraordinary research does little to rule the notion out of my mind. Documentation shows there's nothing the US Government and Military won't do to achieve total spectrum dominance and control of emerging technologies. Not even human experimentation is off limits to these people. Observe the available hard evidence on unbelievable programs like MKULTRA, Paperclip, Mockingbird, Cointelpro, Project 112/SHAD, Bluebook, the current torture and surveillance operations, so on and so on. Come on already, what more evidence do you need to realize there's an information divide between the citizenry and the power structures? We rarely find out what's really going on until the damage has been done. Secrets can be kept. Maybe not forever but certainly for many decades. It's done as Farrell and Dolan suggest, by means of hyper-compartmentalization. 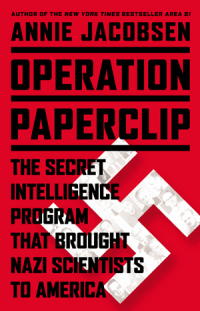 It's not at all hard for me to find plausibility in the idea that the upper crusts of the 1% would attempt to hideaway advanced systems of technology for their own benefit. One only needs to be aware of more openly discussed conspiracies like the operations of the Deep State to see just how easy it is for special interest groups and cabals to take control of compartments of the government to further their own agendas. Then consider the vast billions of public and private funds that go into the Black Budget and it is entirely conceivable. Both Dolan and Farrell do a great job of making the financial case for such an undertaking. Remember the $2.3 trillion dollars of Pentagon money that "disappeared" just prior to 9/11? 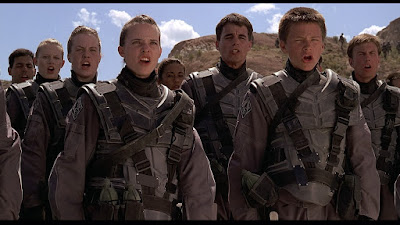 Space is a theatre of war just like land, air and sea. Space merely represents
the next stage of the fight. To think that the United States and other countries aren't experimenting up there is ludicrous. With alien technology or not, space has been and will continue to be militarized. With conditions here on earth continuing to deteriorate, if you had the means to go off-world to safely with all your elitist buddies (and you had no ethical morality), you would at least attempt it.


"Of course, uber-wealthy tech entrepreneurs aren’t just buying rockets for their personal amusement. They’re founding or investing in space travel – they want to get you off-planet, too. Well, not you-you, but someone like you with much, much, much more money."


Who's really going to colonize Mars? Or any other planet out there? Families from the lower or middle-classes? Or the richest most powerful families with direct lines to the political powers that be? No, a Breakaway Civilization is not bat-shit crazy to consider in the least.

"If, as I believe, some claims of recovered UFOs are true, it would mean there has been a program to study and replicate them. How could it be otherwise? No agency with a crashed or otherwise downed UFO would simply sit on its hands for sixty years, looking at it. No, it would do everything possible to understand it, no matter how far beyond current science it might be. The group that controlled it would keep it secret at all cost, beneath many layers of deception and deniability. That much is clear. But what would happen next?At some point, we must assume, breakthroughs of understanding would occur, even if the alien artifacts could not be duplicated. Buried within the protection of a largely privatized national security structure, who can really trace definitively the stories behind some of the key patents of the Cold War? I think a number of developments relating to solid-state electronics, fiber optics, and other useful technologies could well have been inspired by studying exotic freebees. Such breakthroughs mean attractive ground floor investments, handsome profits, and less-than-zero motivation for revealing the “goose that lays golden eggs.” But let us take the scenario even further. What if even greater breakthroughs of understanding were achieved? A better source of energy, a functioning electro-gravitic propulsion system, or a biotechnology that eliminates certain diseases? I have no doubt that breakthroughs of that sort would be blocked from reaching the outside world. A new source of energy, especially if it were “free” or nearly so, would demolish the petroleum industry, while certain biotech developments would threaten Big Pharma. These are two of the largest industries in the world." 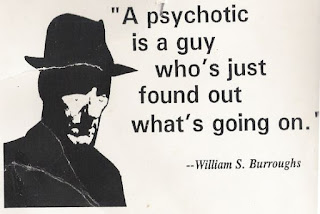 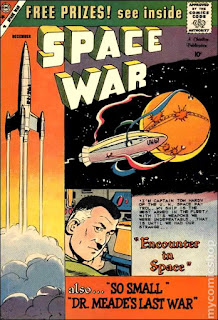 The category of Secret Space has become such a fruitful research topic that a yearly conference is held dedicated to emerging points of view. The awesome thing about the conference and the organizers is that they make all the panels available on YouTube for the world to see. It's a packed archive with presentations from some of the best conference speakers ranging from Peter Levenda to Jim Marrs.

SecretSpaceProgram.org is worth a follow across social media if you're interested in staying in touch with the latests developments and future conferences.

Another source that has some interesting interviews on the topic of the Breakaway State is the YouTube channel, DarkJournalist. He's spoken with Farrell and a handful of others on the topic, as well as having hosted last years 2015 Secret Space Program Conference.