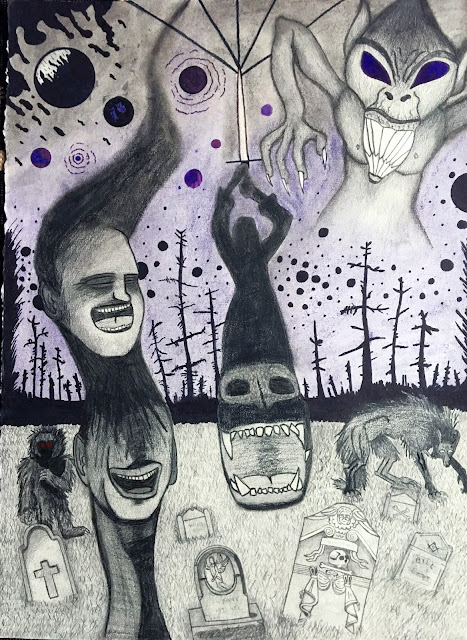 Drawings I work on inevitably reflect things that I'm interested or researching at that given time. This particular sketch is a bit reflective of my reading and podcast intake as of late that has been cryptid focused. On the book side, I just recently finished Nick Redfern's Three Men Seeking Monsters: Six Weeks in Pursuit of Werewolves, Lake Monsters, Giant Cats, Ghostly Devil Dogs, and Ape-Men.  Damn that's a long title. The book is great fun and really captures the spirit and energy of the wild and irreverent side of the paranormal quest. Having been more interested in ghosts and aliens as an entry point, I have since come to really appreciate the cryptozoology side of the genre. 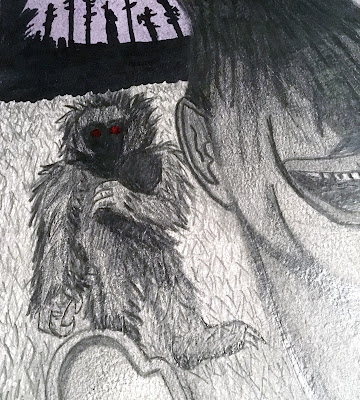 In terms of podcasts, I have to mention a few notable influences on me in the past few months. The first being the truly incredible and unique, Strange Familiars, which thus far presents fascinating cryptid urban legends from the state of Pennsylvania. I have a lot more to say about the show but I'll save that for a soon to be released feature interview with show host, Timothy Renner that is in the works.

Another great find I came across was Monsters Among Us which stands out by placing the narrative focus on stories submitted to the show from the general public. Show host Derek Hayes does a very nice job setting up the stories and creating a creepy mood with sound design and atmospheric production. I just cracked into the series of which there are already three seasons and highly recommend listening. 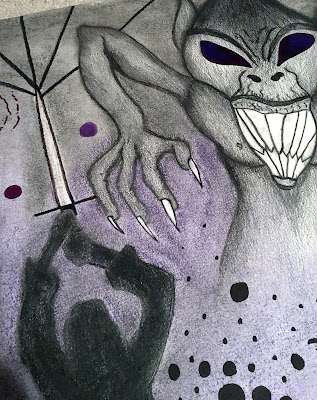 Both of these shows present some really compelling cases and testimony for unexplained beasts or unidentified animals. When treated professionally and dialing up the audio atmosphere, cryptid tales are every bit as exciting and freaky as any haunting or demonic possession. The wide-rangning variance of cryptid species is another facet that makes the whole field of study fresh and diverse. 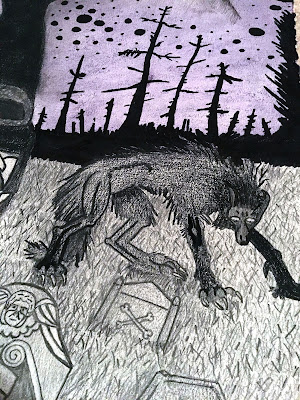 The world is a truly bizarre and often unexplainable place. I don't doubt most people's reports of sighting strange creatures. I only wish I could have a concrete one of my own to settle the matter completely.