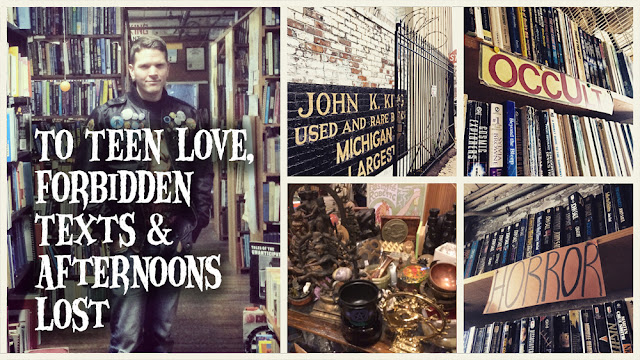 There's a few types of physical places that I feel comfortable enough in to spend hours and hours at, never getting bored and in fact feeling a sense of ecstatic energy pulsing firing from my brain and down into my body.

I've been this way as far back as I can remember. Being a loner with intense niche interests brings me to these places. Away from the crowd. Away from the noise and bustle. Away from fluorescent lighting. Into a womb. Into the sacred. Where I' called to. Places of age and ephemera. Some would call it clutter or junk. To me these places represent a dig site for cultural archeology. Record stores. Comic shops. Second-hand vintage sellers. Public libraries. Photography dark rooms. Indie video houses. And above all, the metaphysical bookstore.

But not just any kind of store, though I like them all. The best kind has to be older, carrying as much used as new and bursting forth with magical tools, religious images and altar icons. A place where just being there feels like entering a secret temple and the sensory experience amounts to a ritual.

My first initiation into the weird world of occult mysteries hit me when I was an early teen. At 13, I was obsessivly frequenting the comic and used record shop in the next town over from where I grew up. Time Travelers was and still is a cavernous dwelling with comics and vintage toys floor to ceiling. A few blocks away was the Beat Hotel, a place where you could find original Sub Pop 7-inches of Nirvana, Soundgarden and Mudhoney as well as catch a live show on Saturday afternoons by one of any number of local teen punk bands. Sadly, the market for rare vinyl fell out at the turn of the century and the best converging space for outsider kids didn't survive to see the fetish bounce-back. 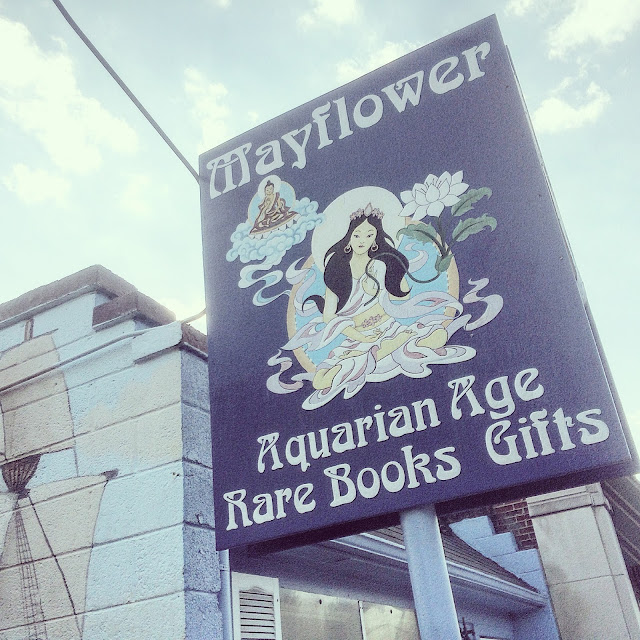 Further on down the road right at the edge of town stood this really strange brick building covered with paintings and tree vines. It's not really that spooky looking but it really impressed me that way all those years ago. There were rumors I wish I could accurately remember among my friends about what went on inside this forbidden place called The Mayflower. My recollection is simply that whatever was said was strange enough that a strange kid like me never went in to see for myself.

That is, until I meet a girl. 15 and silly in puppy-love, I distinctly remember getting my courage up to venturing inside. It was approaching the special girl's 16th birthday and I need a unique gift. Early in my courting the girl had read my palm in the high school cafeteria and that must have made an impression. I would kill to relive that moment to hear the reading again and what it predicted.

I can't be sure if it was that interaction or one of the other deep conversations we had that inspired me to buy her an intention candle but that's what I ended up getting and a few other trinkets. Personally, I wasn't yet into the goods available at the Mayflower but I had a sense that there was a romantic meaning behind them.

Most certainly I was overcome by the sights, smells and ambiance of the place. It was like nothing I had ever seen before. There's an element of intimidation when you're young and just discovering new things about the world. How much bigger it actually is compared to what you thought. It's a hard feeling to recapture. The silly nerves, the giddy excitement, the sense of danger. 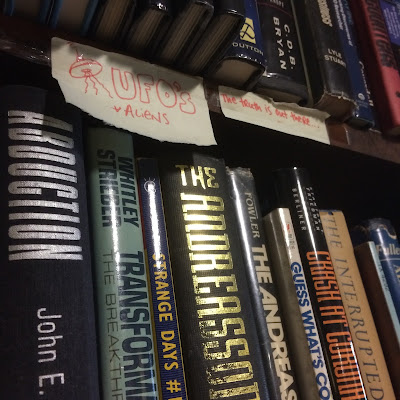 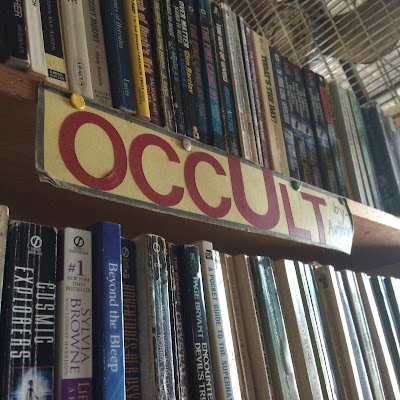 Striking as the musty and dark shop was to me, I didn't want to overstay my welcome. The place was like a foreboding tomb, in which I needed to complete my mission but get out alive. I remember being very pleased with myself and what I had procured. You know it when you get someone a good gift they won't be expecting and expresses something about the person and yourself at the same time.

Beaming with satisfaction, my six-gear bike glided home on a cloud that afternoon. The gift went over well. I hope she got whatever she wished for after the wax was all burned away.

Something else important happened that day as well. A portent impression was made, a seed was planted. I had had my first brush with the occult and didn't even realize that's what it was. 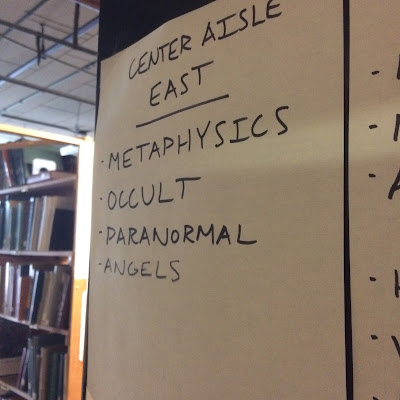 It wouldn’t be until years later that I would use incense for anything other than masking the smell of weed. A lot happened in between but when I made my way back to the occult bookstore I retrieved a little bit of that youthful excitement and transgression. Finally beginning to read and practice rather than tour and browse, the spines on the wall to wall books where actually communicating with me. It takes learning a new language to hear but once you do, the intuitive feelings of resonance take actual shape and dimension.

Once the pursuit of the esoteric takes hold the occult books and supplies shop becomes a regular religious outing. A place not only to stock up on hard to find books but also candles, Tarot decks, beads, runes, medallions and jewelry. For close to a hundred years that has been the case anyway. Occult Bookstore opened the first shop of it’s kind in 1918 Chicago, and so began a cultural institution that would spread to all corners of the world. But like the Beat Hotel and many others like it, I fear that the beauty and awe-inspiring presence of physical storefronts on the outskirts of our towns and cities could one day be no more. 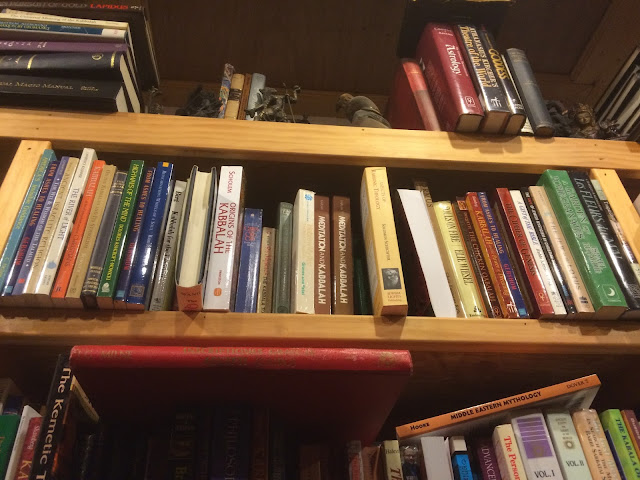 Let’s be honest, most of the book shopping we do happens on a keyboard or taping on a smart phone. Let’s also be honest and admit that while the convenience of digital shopping is too powerful to resist, it bears no resemblance to the act and magic of browsing row after row of dusty tomes on rickety shelves with the smell of sage hanging in the air.

Everyone goes to the library, I still do everyday at lunch, but believe me when I say it's not the same deal. You get the sense in a magic focused bookstore that the literal secrets of the universe are bearing down on you from all directions, written in every century, and on every content in the world since the beginning of time.

When we decide to pull ourselves offline and push ourselves inside of four-walled chapels of synchronicity, theres no telling what we’ll serendipitously find or who we'll meet. There’s just no replacing those opportunities and experiential moments. The personalized recommendations and advice, the weight of a heavy stack of books that called to you and the cats that sleep on the display cases of crystals.

When I was a teenager, all I wanted to do was get out of my house, out of my room and out into the world of adults and forbidden lands. That impulse has yet to leave me but is admittedly harder and harder to act on. The kid is still very much alive in me underneath the life-hardened exterior and in need of simple adventure and connection. 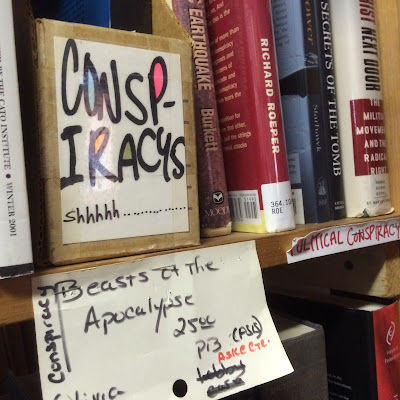 The Mayflower still stands. Even after one or two fires. Who will run it after the sole owner/operator hangs up his wizard cape? Who knows. A used bookstore in general is a magical place with rare and surprising finds.

In Detroit, we are blessed with one of the largest in the country called John K. King. You can find books there on any topic under the sun. Depending on the day they carry a delicious selection of vintage UFO, conspiracy and magic texts. Not to mention wheather-worn classic sci-fi and fantasy paperbacks. 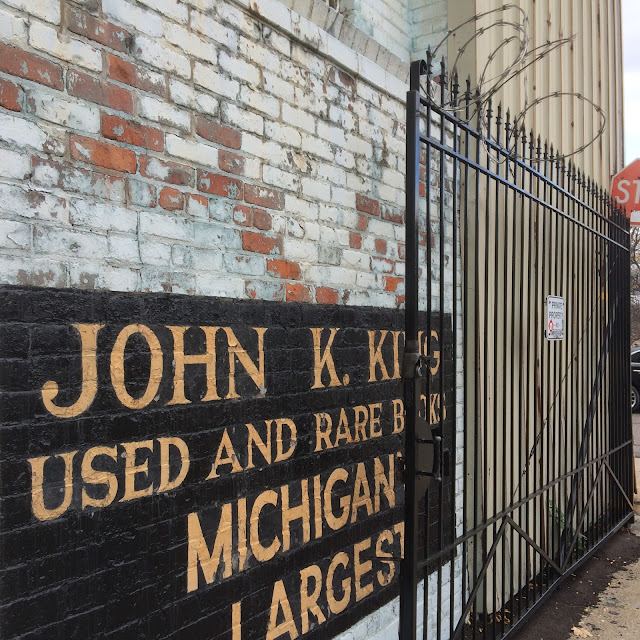 The floor creeks, the halls are long with darkened corners and you need a step stool to reach the top shelves. Did I mention they have enough books to fill a three-story warehouse? Yeah, it's that good.

These are places of lost afternoons, checking your wallet to see what the damage we can do, seeing people actually weirder than you and returning home with months of knowledge to absorb. Standing where thousands of long gone occultists have stood, brooding and pouring their energy into the walls is not to be dismissed. If places are holy and alive, these places must be.

That reminds me, I’m long overdue for a pilgrimage.