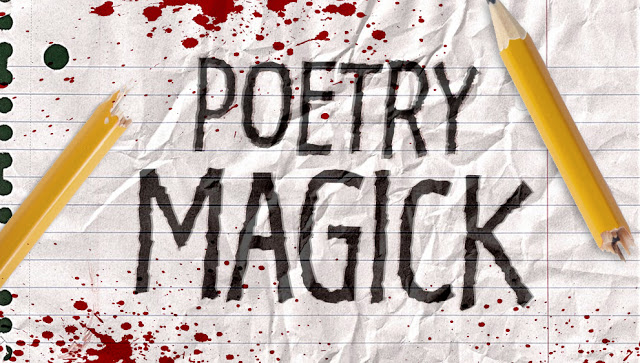 I'm the only one whose noticed but the fact remains that I haven't had the ability to write or publish new content for a few weeks now due to a big heap of life that landed on me that is far from sorted out.

What I have been able to muster more than usual is a regular bit of poetry writing. It seems to be the one thing I'm able to commit some time to in the midst of a lot of upheaval and chaos. I have two pieces to share now with a number of others that still need more work or revisions forthcoming.

- Onward to the glory ahead.

Terra incognita among the P'eng-lai cult.
The waters of centuries
B.C. obscure.
Golden flowers grow and glide
on the subconscious of the Pacific.

The fishermen with grey beards and grey eyes
have those dreams too.
The captain's left eye - the sun.
The right - the moon.

Many gods within the body.
Wind swept sails and nights full of song.
Tales told of treasures lost tp the deep,
now under the guard of the watchful serpent.

Aged traders full of Brandy
came as close to anyone to magic.
The elusive elixir, enclosed on an island
undrawn on maps.
Protected by god's sea, storm and rain.
Expeditions swallowed up in vain.

If reached, mushroom caps along the coast
activate the blessed state.
Up the hill where cave rests,
an archaic hermit contemplates his deathlessness.

Having washed to shore, his bride is missed.
Alchemists on the mainland surrender to nature
even while commanding her.

A body is not much joy forever
the hermit attests.
He parts with potions upon the
solve of six riddles.
Few others he has seen
over the ages - fewer impressed.

His contemplation hangs on.
Curious most about the sea floor
and the souls of the sunken empire
that still swim.

If not for his everlasting body,
their expedition he would join.

Boy passes his youth unmarked.
At 13, a flood of honey burst from sacral center.
Created mind plays of a
vivid knight with violet eyes.
His aged hair and beard said father,
his head crowned by a sun beam.

An immense field opened up
were angry mothers beat drums
for the missing men of the clan.

Like angels, their tears cleansed the children
and made them soft.
The knight became frail, nude of armor,
wounded groin.
Castle decayed.

As an apparition
he returns
to add grief for the river
from which he can no longer drink.

(All this seen by the boy who shivers.)

Only male priests left behind,
victory prayers ignored -
disrobed and strong to work the fields
and shepherd herds.
Boys scare easy when alone.
Body confused and transmuted
in the corner of their room.

How long they cry against manhood,
a mother can see.
Objects of innocence carted away
when the time comes.

A large grave in the forest
used to collect toys fashioned
from wood.
Bow given at dawn to the new man,
beyond the edge of the village he is sent.
Not to return until dusk,
sacrifice in hand.

The gift of the sundial carried
with other charms in a satchel.
Remember Papa who is weak and
works no more.

Breed healthy horses
and order will be restored.
Child on strong steed can
unseat demons.

Every trail created by men's feet
preserved in memory.
Ancestors speak through the wild hunt.
Domestication dies in the fourth hour.

Mind deaf of sound
allows body to move on instinct.
The ground is cleared to summon Cernunnos.
Channeled force moved in.
Complete love felt while making the kill.

Presence of the passed on knight appeared.
Or was it only the brilliant sun?
Valor changes hands through blood.

New confidence in a feast obtained.
Old wine to wash good beast down -
the village may survive after all.